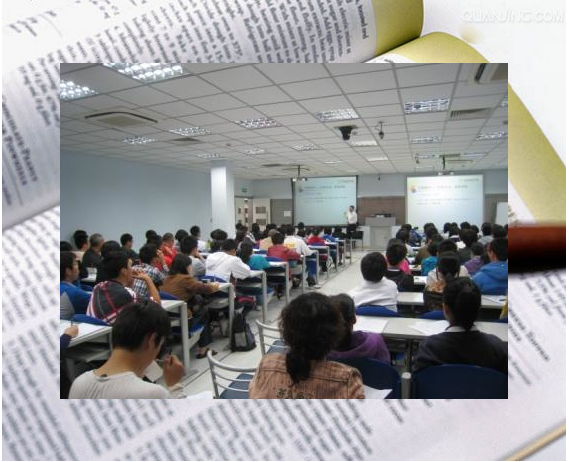 26. Which of the following underlined parts is different in pronunciation from others?

28. _____ the toy attracted many people’s attention, it didn’t have many buyers.

29. Stephen learned skating _____several months when he lived in German.

30. At last I saw the wild lions and elephants in Africa with_____own eyes!

33. The brave fire fighters saved the people in the building one after _____.

34. Jane’s twin brothers are making much _____progress this term than last term.

35. The search for the missing old man continued______he was found.

39. Yesterday the funny short play made every audience in the theater_____.

43.Dustin has been warned that he _____lose at least 10 pounds if he wants to stay healthy.

45.--Would you mind if I put my umbrella here,too?

III. Complete the following passage with the words or phrases in the box. Each can only be used once(将下列单词或词组填入空格。每空限填一词，每词只能填一次)（共8分）

Look at the people around you in class. Think back to what they ___46____ said, and study it. Did the boys use words and sentences different from those the girls used? Did the boy seem more ___47____ than the girls did? Some people would probably answer yes to both questions. They believe that males and females have different ways of speaking. They also think that the differences can make it hard for boys and girls to understand one another. To check these ideas, language scientists have worked to ___48_____ the ways that males and females speak. After studying many __49_____, some scientists say they hear some difference.

One difference is about the topic. Some language scientists believe that boys talk most often about things, while girls talk most about feelings. For example, boys might ___50____ about cars, sports, and games. Girls, ___51____, might talk about what is happening in their friends’ lives. They want to make people feel ___52____ and comfortable. Language scientist Deborah Tannen draw a ___53____ , “Boys learn to use talking as a way to get and keep attention. From childhood, girls don’t get along with those who try to perform better than others.”

IV. Complete the sentences with the given words in their proper forms(用括号中所给单词的适当形式完成下列句子。每空格限填一词)（共8分）

58. The students learnt to cook some _______ English dishes in the host family. (tradition)

64. It’s so pleasant to visit an old friend from time to time. （改为感叹句）

66. The fisherman tied a piece of grass around the bird’s neck. (改为被动语态)

67. “Do you take your pet to work every day?” the reporter asked the actress. (改为宾语从句)

A. Choose the best answer（根据以下内容，选择*恰当的答案）（12分）

Keep your notes . Have any key information next to the phone, including your notes about the company and the questions you have prepared for. Then you can easily get the information you need. In this way, you will sound more prepared.

Avoid salary topics. When you are asked how much money you would expect, it’s not wise if you give no response. But it’s not right to give an exact number at once. Try to be open to discussion, so you’d better say something like, “If this is the right job for me, I believe we can come to an agreement on salary ”

Push for a face-to-face meeting. At the end of the interview, don’t forget to sell yourself. You cab say something like, “I am very interested in your company. If possible I’d be really happy to see some of your managers. I am free either Tuesday afternoon or Wednesday morning. Which would be better for you?”

Try to rearrange surprise interviews. If you receive an interview call without any expectation, you can politely ask them to arrange another time for the interview, so you can be better prepared. Try something like, “I am sorry but I can’t do it right now. Can I call you back tomorrow after work, at 6p.m.?”

After the telephone interview, only a few are left for face-to-face interview, so get prepared and good luck!

A. how to apply for a job B. how to make telephone call

C. how to deal with a telephone interview D. how to take telephone messages

A. Make a self-introduction B. Practice working skills

C. Write down the answers D. Predict the questions

A. easy to get B. easy to recognize

72. Which might be the best response to the questions about salary?

B. My salary requirements can be discussed.

C. May I not answer your question?

A. talk to some of the managers B. try to ask for a meeting

C. tell them where you live D. let them introduce themselves

A. not answer the call B. ask someone else to answer it

C. ask for another interview D. Start you interview at once

B. Choose the best answer and complete the passage (选择*恰当的选项完成短文)（12分）

Have you ever been in a meeting and suddenly found that your mind was a million miles away while someone was making a speech? You probably felt and made up your mind to pay attention and never daydream again. Most of us, from the earliest school days, have been told that daydreaming is a waste of time. “On the contrary,” says an expert in psychology, “daydreaming is quite all the thinking it has to do in daily life. You can’t possibly do all your thinking with a conscious mind. , your unconscious mind is working out problems all the time. The unconscious and conscious states of mind have a silent dialogue in the way of daydreaming.”

Early experts in psychology paid no attention to the of daydreaming, and even considered it harmful. They did not have a better understanding of daydreams until the late 1980s. Eric Klinger, a professor of psychology, is the writer of the book Daydreaming. Klinger says, “Now we know that daydreaming is one of the main ways that we organize our lives, our experiences and plan for future.” Daydreams really show the things we fear and the things we desire in life.

Daydreams are usually very simple and direct while sleep dreams may be hard to understand. It’s easier to gain a deep understanding of your life by paying close attention to your daydreams than by studying your sleep dreams Daydreams help one recognize the difficult situation in life and find out a possible way for dealing with them.

So next time you catch yourself daydreaming, don’t stop.

One Sunday, Nicholas went skiing. In the early afternoon, a fierce snowstorm swept into the area. Unable to this, Nicholas found he was lost! He didn’t have food, water, a phone, or other useful things.

shows he had watched. He decided to stop skiing. He needed to find shelter from the freezing wind and snow.

, to stay as warm as he could. He ate snow and drank water from a nearby streams so that his body wouldn’t lose too much water.

The next day, Nicholas went out to look for help, but he couldn’t find anyone. He didn’t dare to go too far,

he might not be able to find his way back. Without shelter, he could die that night. On Tuesday, Nicholas went out again. He had walked for about a mile when a volunteer searcher found him.

Nicholas had often watched Bear Grills’ survival show Man vs. Wild. That’s where he learned the tips that that the teenager had made it. He told the reporters that most people would likely make big mistakes if they were lost in a deadly storm.

One day Doctor Ken received a call and was told that a boy called Franco needed an immediate operation. He entered the hospital hurriedly. He changed his clothes and went directly to the operating room.

Franco’s father was walking up and down in the hall, waiting for the doctor. On seeing Doctor Ken, the father shouted, “Why did you take so long to come? Don’t you know my son’s life is in danger? Don’t you have any sense of responsibility?”

Doctor Ken smiled and said, “I am sorry. I wasn’t in the hospital and I came as fast as I could and now, I wish you’d sit down and be patient so that I can do my work.”

“Be patient?! What if your son was in this room right now? If your own son dies while waiting for the doctor, then what will you do?” said Franco’s father angrily.

Doctor Ken smiled again and replied, “We will do our best and you should also pray for your son’s healthy life.”

The operation lasted several hours. Then Doctor Ken went out of the operating room happily. “Thank goodness! Your son is saved!” And without waiting for the father’s reply he ran out of the hospital, saying, “If you have any question, ask the nurse.”

“Why?” complained Franco’s father, “He couldn’t even wait some minutes so that I can ask about my son’s state.”

The nurse answered, tears coming down her face, “Doctor Ken’s son died in a road accident. He was at the burial（葬礼）when we called him for your son’s operation. And now that he saved your son’s life, he left running to finish his son’s burial.”

88. Franco needed to be operated on, didn’t he?

89. Where did Franco’s father wait for the doctor?

90. How did Doctor Ken speak to Franco’s father when he shouted at him?

91. In what way did Doctor Ken leave the hospital after the operation?

92. According to the nurse, what had happened to Doctor Ken’s son?

93. Which word can be used to complete the last sentence? Why?